Firefox is a Web browser that is smaller, faster, and in some ways more secure than the Mozilla browser from which much of its code was originally derived. Compared to Internet Explorer, the most popular Web browser, Firefox gives users a cleaner interface and faster download speeds. As of November 2008, Firefox had about 20% of the market share for browsers, worldwide. Internet Explorer had about 70%.

Firefox includes most of the features with which users of other browsers are familiar. The first iteration of the browser also included several new features other browsers did not have at the time, such as a bookmarks toolbar and tabbed browsing that allow a user to quickly switch back and forth between several Web sites. Other browsers have since adopted many of these features, though Firefox’s substantial developer base continues to create new plug-ins that offer increased usability and functionality. Because scripting controls such as Java and ActiveX can easily be unselected during installation, there is the possibility of better security.

Welcome to the Firefox Student Ambassadors program. FSA wikis are currently under construction. New information is being updated daily. Thank you for your patience!

Firefox Student Ambassadors are individuals who are passionate about Mozilla, the open web, and the many benefits of Firefox and its products including Firefox OS.

They are a global pack of do-gooders and dedicated defenders of the Web! Creative and resourceful, FSAs lead campaigns and projects at their colleges and in their communities to encourage others to contribute to the Mozilla mission and utilize our products. Not just that, Firefox Student Ambassadors are web educators and strives to keep the power of the Web in hands of users everywhere.

Student Ambassadors are given the opportunity to learn new skills, earn recognition, and advance their leadership in not just the Mozilla community, but in their school and local community. 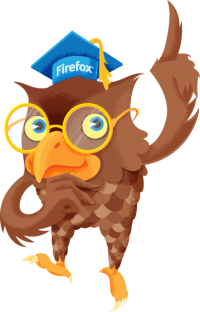 The Firefox Student Ambassadors provide an opportunity for YOU to:

What are you waiting for? Become a Firefox Student Ambassador today! Join here.